$70 Million Apartment Project in Skokie Back on Track 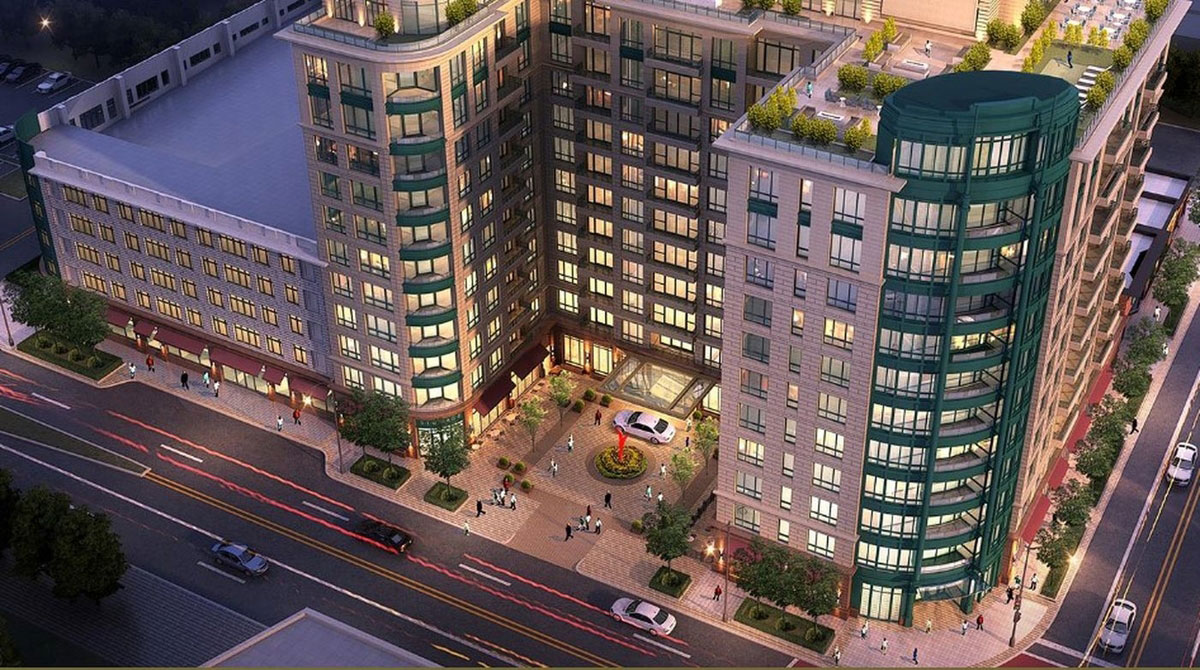 Chicago developer John Murphy is jump-starting a 12 story apartment project in downtown Skokie after he was able to secure a $38.5 Million construction loan for the building. (Rendering above courtesy of Murphy Real Estate Services)

Murphy took control of the 153 unit development during the early stages of the coronavirus pandemic back in April. The project is located at 8000 N. Lincoln Avenue.

An article in Crain's Chicago Business states that in April, John Murphy took a big risk taking over this project despite major obstacles such as the stock market crashing, the economy in lockdown and lenders in no mood to finance big real estate projects.

One trend is working for Murphy and that is that the pandemic and the civil unrest has boosted demand for housing in the Chicago suburbs. Urban living is not as popular and more and more professionals are working from home.

As a result, apartment occupancies and rents are plunging downtown but are holding strong in the suburbs.

Wintrust Bank based in Rosemont is providing the construction loan for the project which will cost $70 million to build.

Banks that are willing to finance new projects have also reduced the amount of money they are willing to lend. They might finance 55 - 60 percent of a development's cost today which is down from 65 - 70 percent from before.

But there is good news for developers: Contractors are hungry for work which is pushing construction costs down. Murphy estimates his skokie project will cost about 4-5 percent less that it would have before the pandemic started.

Murphy took over the project from a venture including local developer Norm Hassinger and Winnetka-based Greenspire Capital. The group formed a public-private partnership with the village of Skokie to build the project and actually broke ground in May of 2018. Unfortunately the venture never got the construction loan and were able to only complete the building's foundation and garage.

The developer is moving ahead with this project just weeks after the ribbon-cutting for another big project which is the redevelopment of the former Cook County Hospital on Chicago's West Side. A venture led by Murphy converted the historic building into a Hyatt House hotel and office and retail space.

Other local Murphy projects include:

- The Paragon, a 500 unit apartment tower in the South Loop

- An office building in the Fulton Market District

- A Hyatt Centric hotel in the Loop

Murphy expects to complete the this building in late 2021 or early 2022. Lucien Lagrange designed the building and rents will range from $2.75 to $2.80 per square foot.

Murphy is hoping to attract empty nesters who have sold their single-family homes in the suburbs. More than 220 people have already signed up for the waiting list.